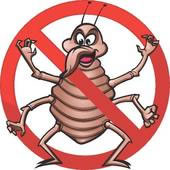 Mount Pleasant, South Carolina is a suburban city located in Charleston, SC with a population of around 76,000 people. Nestled between historic downtown Charleston and several of the barrier islands it is seeing its share of tourism. With increased tourism in Mt. Pleasant and influx of peoples from all over it would be natural to see an increase in the number of bed bug cases.

An interesting Mt. Pleasant case was a bed bug infestation in which a lady found bed bugs in her home when she started trying to find out why her son had bites on him. Like most people in the Mount Pleasant area she started out feeling it was mosquitoes, fleas, a food or other allergy. As a mom she was concerned and kept trying to figure out what was going on. She and her husband had no skin issues at all. She worked the night shift as a nurse and her husband worked for as a maintenance supervisor.

How Do You Get Bed Bugs?

You can imagine her horror when she found the bed bug on her child’s bed sheets an hour after putting the child to bed. She was scared she would or could lose her job if the hospital knew about it. Can you imagine? Going into a hospital because you are sick and needing extra care, only to find out that your hospital room has bed bugs in the bed or recliner. Luckily she caught the bed bug problem before it got to this point. Not having traveled, entertained guests, or bought any used furniture she was at a loss how she could have gotten bed bugs. She still is not sure how these bedbugs showed up in her home, but suspects that her husband may have come in contact with them while doing maintenance repairs in an individual’s home.

A Charleston Lady Tried to Figure Out: How Do You Kill Bed Bugs?

Charleston, South Carolina is known for being one of the top US destinations. Those who have a love for stepping back in time find downtown Charleston’s historic and architectural districts do just that. Realizing that the pub, restaurant, hotel, etc. in which you are staying is the very same building in which George Washington spent time or perhaps Blackbeard among others. It really reminds us of our humanity and also how fleeting this life is.  Charleston has tourism, several colleges including the Citadel, a thriving import /export terminal, a bustling economy, and is a mecca for those with families looking to relocate to a slower paced lifestyle and friendly faces.

With all this busy city of Charleston has to offer it is understandable that bed bugs will be found from time to time. While I have found that most tourist establishments do a great job eradicating any known bed bug issues, I also see a lot of people that don’t seem to understand the full extent of the bed bug invasion. I can think of several Charleston hotels that are now completely aware of the risk of bed bugs and take extra measures to ensure that their hotel stays bed bug free as much as possible by using our K-9 team for monthly inspections and by training their housekeeping staff to recognize signs of bed bugs and techniques to reduce spreading them.

Charlestonians are great at figuring out how to solve their own problems and very self-reliant. Unfortunately, there are very few do it yourselfers that have been able to rid their home of bed bugs without professional help. I recall a phone call in which a Charleston lady had found bed bugs on her mattress. She captured the bedbugs and then took them to her kitchen sink and placed them in several bowls. She then set out spraying them with different household chemicals to see what would kill them quickest. She found out that rubbing alcohol would kill them pretty quickly. What she failed to realize was that it is almost impossible to spray rubbing alcohol in every crack, crevice, seam, baseboard, wooden dresser, headboard, etc. and kill all eggs and bed bugs due to the fact that alcohol evaporates quickly and leaves no residual. Needless to say this Charleston lady ended up hiring us to heat treat her place.

North Charleston, South Carolina a city with around 110,000 people has parts of it located in Charleston, Berkeley and Dorchester counties. Having a higher population results in more bed bug reports. Had a late night call from a woman that had just moved into an apartment complex and had very limited resources. She stated that she had moved into the apartment two weeks ago after leaving her husband. The husband had been cheating on her for some time and she finally left him and now just as she was trying to get her life back she is finding bed bugs crawling out from the baseboards in her new bedroom.

Because she was in a North Charleston multi-unit apartment complex we suggested that she speak with other tenants and neighbors to find out if other’s in the complex were dealing with bedbugs. After several days she called back to say that she had heard that another unit had dealt with bed bugs in the past, but as she was unable to speak with the tenants above or below her apartment she was unsure how bad the problem was.  She was advised to speak with the management to see if they were willing to treat her apartment. Unfortunately, she was unable to get an adequate response from the North Charleston apartment manager. Since she was having a severe skin reaction, had limited funds and had few belongings, we suggested that she run all of her belongings thru a hot dryer for at least 30 minutes(after they are dry) and bag them in clean garbage bags, throw away the mattress, dresser and relocate. It was unclear if apartment allowed her to break her lease or if she had to file a small claims case to get out of the lease, but she was able to relocate and got rid of the bed bugs. Luckily she didn’t have many belongings and moved out almost immediately.

Isle of Palms, South Carolina is located in Charleston, SC. We were contacted to treat a lady’s second home on the Isle of Palms. Client was very surprised to find that her home had been infected by bed bugs as the home was only used by her, her family, and a few close friends. There seems to be a perception that a home does not get bed bugs when it is not rented out to strangers. Unfortunately, this just isn’t true. While the chances of getting bed bugs are minimal when fewer people stay in a home, it does not mean that a home would not get bed bugs. No one ever came forward complaining that they had any problems with bed bugs and it was unclear if the housekeeper had any as she spoke very little English. Isle of Palms home was heat treated, organic dust applied, and client signed up for our 365 Bed Bug Free Monthly summer K-9 inspections which include putting down preventative barrier applications.

Sullivans Island, South Carolina is a small island town in Charleston County. Resident returned from a ski trip out west and realized the bumps on her arm and neck were not a rash as she had suspected, but were bed bug bites. While unpacking her suitcase she found an adult bedbug on a shirt. She called her Sullivan’s Island pest control company and they were able to identify it as a bed bug. Not wanting to fool around with chemicals she opted to hire us for Heat Treatment of her home. Treatment was done the next day and she was thankful that this trip did not turn into a real full blown nightmare. She was lucky to find the bed bug while she was unpacking- most people aren’t so lucky. In fact, many people mistake bites for mosquito bites and it is often after three or four months they figure out they have bed bugs.